Lungs of the Community

Lungs of the Community

The Evolution of Cass Square

Once described as the ‘lungs of the community’, Cass Square was the entertainment, sporting and gathering hub for the Hokitika community and visitors. This story traces the early days of the Square, its construction and early uses. 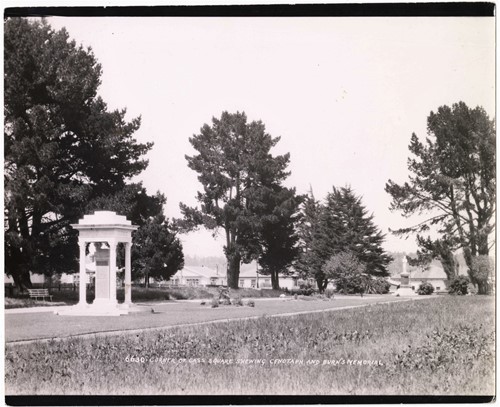 Cass Square started its life on the town map drawn by John Rochfort in February 1866.  The Square was named after Thomas Cass – a surveyor and architect - who was the Commissioner of Crown Lands for Canterbury. It was first used in 1867 as a temporary place of refuge for the homeless after a series of storms in 1867 destroyed their slums along Revell Street.

It wasn’t until 1868 that the development of the square as a recreation ground, started. A Councillor at the time proposed that funds should be diverted into clearing a portion of the Square, and ‘fitting it up for recreational purposes’.  After this initial burst of activity, work at the Square slowed. But the condition of the Square didn’t stop the Cricket team christening the wicket on the 16th December 1876.

In early 1877 the Council considered an application to mine the Square. They decided that no mining would be allowed– except for areas where levelling hadn’t been done, and if it didn’t interfere with the work of the prison gangs who were clearing the area. In 1880 and 1881 the illegally imprisoned Parihaka men were key to developing Cass Square as the recreational space that we recognize today.

New Year’s Day in 1880 was celebrated with a cricket match between Hokitika and Stafford teams which attracted ‘several visitors. There were also numerous private picnics’.  An activity that became common in the Square in later years.

In February 1880 the first major public event was held in Cass Square by the Hokitika Irish Relief Fund Carnival Committee. This included performances from the Kaniere Fife and Drum Band, the Fire Brigade Band, a Costume Cricket match, Punch and Judy shows, sack and bicycle races, greasy pole and a blindfolded wheelbarrow races amongst other activities and started with a grand parade from the town hall. This was to be the formula for countless other events over the coming years.

In May 1882, the first circus performed in Cass Square. After a successful season they became regular visitors to Hokitika. During their 1882 visit, their special attractions included an armless lady, a demonstration of Edison’s Phonograph system, and an elephant– the very first to visit the Coast.

On 22nd May 1882 another ‘first’ occurred at Cass Square when the first game of football was played between the ‘Captains’ and the ‘Secretaries’.

In 1885 a number of local militias formed throughout the country in response to a perceived military threat posed by Russia.

By Christmas of 1885 the local Brass Band were performing weekly concerts in the Square on Sunday afternoons. Sunday concerts were a major break from tradition and when first suggested, some Councillors felt ‘a large section of the community would object’ on religious grounds. Councilor Mr Gosson argued that if ‘we had grand music in churches, why not in the open air?’.

By the end of 1886, the Square had existed for 20 years, it had gone from a rough piece of ground covered in trees, squatters and grazing animals, to a drained and landscaped facility capable of supporting sporting and recreational activities for the community. For the next 125 years the Square firmly established itself as a vital community facility that was often referred to as the ‘lungs of the community’.